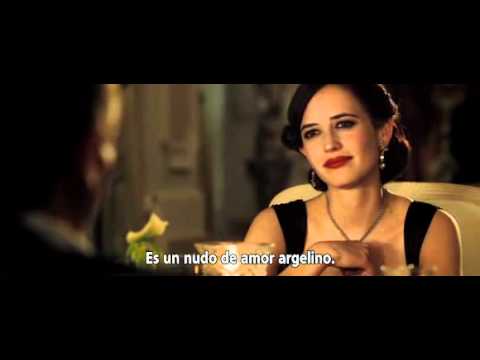 
Picks Of The Week (by u/lefuniname)

Recommended if you like: Pythius, State Of Mind, Rido
You know what we haven’t had in a long time? Remixes!
Ten years after the initial release on his Virus album debut, it is time for a remix package of Audio’s Genesis Device album. Originally the plan was to premiere these four remixes of some of his most well-known classics during the 10 years of Genesis Device Virus takeover in the legendary venue that is Fabric in London.
As you might have guessed, they instead pivoted to a livestream with most of the acts booked for that event, including Black Sun Empire, a classic Matrix set and the neurofunk godfathers themselves, Ed Rush & Optical. The remixes were premiered during Audio’s own set and just 2 very long months later, here they are!
For this milestone, the ungoogleable producer got together with four of the best neurofunk producers the scene has to offer. First off, we have Black Sun Empire who took the titular Genesis Device and turned up the hype factor to 11. I’m going to be honest with you, a 4x4 type beat during the buildup gets me hyped like nothing else. It worked for Enei’s Sinking or the mega collab that is Sidewinder by Camo & Krooked & Mefjus, it worked for this. What follows isn’t any less ridiculous though, that drop just screams energy. Next, Redpill. On his Emissions Remix, Redpill took the “newschool”-techy route that he is known for from tracks like Flesh & Blood or his Rido collab Time.
Compared to the first remix a bit of a vibe switch for sure, but I think we needed that. He even sneaked in a cheeky voice sample from the executive director of the WHO’s health emergencies program in there at the end. The third remix is Agressor Bunx’s take on the frog-croaking classic Jibba Jabba. Even though they didn’t stray too far off the original, the changes they did certainly succeeded in updating it to the current “modern” neurofunk sound.
Finally, we have Prolix on remix duties for Scanners. The TrendKill label boss managed to transform the original fast-paced neuro roller into one of the biggest bangers of this year. Absolute monster of a remix. Hide your shoes somewhere safe.

Recommended if you like: Machine Code, Underhill, Curry Value
Why don’t we stay in the neuro spectrum for a little while longer?
Let’s talk about one of DnB’s most productive producers of our time: Current Value. Seriously, just scroll through his releases on Spotify. It takes a while. After releasing two albums last year (just let that sink in), PUER on Souped Up and Senex on Methlab, the Berlin-based personification of prolificness returns once again to Black Sun Empire’s Blackout with a four-track EP with some of his work to date.
He opens the EP with the titular Time Gap, a track that sums up his appeal in just 4 minutes. Strange vocals, cyberfunk-esque atmosphere and a drop that is just straight up weird. But good weird. Chaotic weird. The follow-up Operator reminds me of the more stepper-y tunes on his Methlab album Senex. How he keeps finding this strange sounds is a mystery to me.
Planar is an endless barrage of noises coming straight for your ears, but arranged in such a way that you still end up enjoying it. The EP closer Deadspot sounds a bit like my neighbours banging on my door to keep the noise down. What I’m saying is, this EP might not be for everyone. But it certainly is for me. If you like strange and unique drum and bass, you’ll be in heaven.

Recommended if you like: GLXY, Redeyes, Halogenix
I think we all deserve a break after the madness we just witnessed. Good thing Vandal Ltd just released their fifth installment in their Modern Soul compilation series!
Founded in 2014 by SKS and Redeyes, the sister label of Toulouse-based Vandal Records has since then become one of the finest places to find soulful and deep liquid. The Modern Soul series perfectly encapsulates what the label is all about. Regularly featuring genre legends like Lenzman, Monty or GLXY, mixed in with contributions by some of the best up-and-coming liquid producers, it is always worth checking out.
And this installment is no exception. While the big name tracks on this release by Monty, Invadhertz, Amoss and Mark Dinimal (also known as MD or one part of Data 3) are all just excellent, the relatively lesser known producers also put in their work.
Arp XP’s provides such a chill vibe that it made me want to check out more of their back catalogue, Rizzle is once again on fire, Vandal regular Forum’s contribution is also very much something to look out for and Arcatype delivers not just one, but two great vibes. Last but definitely not least we got some delightful tracks by Phase and LaMeduza, legendary french producer Peyo, polish hidden gem In-Deed and Metalheadz regular Adred.
Perfect lovely vibes for a chill sunday.

Recommended if you like: Survey, GROUND, Grey Code
It’s time. For what? Do you really have to ask? For the Underrated Track Of The Week™ of course! This week’s pick might not fit in completely, because I’m sure the creator will become way more famous in no time. I mean, the A side was even played by Dimension in his DJ Mag livestream on saturday. Oh well, still worth talking about.
I’m of course talking about DKN’s debut release Auf Den Start / The Peak on Teebee & K’s label Subtitles Music. If you listen to the double single you will understand why I believe that this man will blow up very very soon. The Brightonian DKN rose through the ranks with his mixing abilities, winning the Data Transmission DJ Competition in 2015 and eventually catching the attention of TeeBee. Soon enough he was featured on Subtitle Music’s Podcast The Sub Club, culminating in this debut release on that same label.
Both Auf Den Start and The Peak bring a lot of raw and deep energy to the table. Both use great vocal samples that are stuck in my head for hours after listening to them. In conclusion: Both are bangers. My favorite has to be The Peak though, just because of that fast-paced high-pitched instrument (wish there was a shazam for instruments) that comes in half-way through the rolling drop. If this is just the debut release, imagine what else he has in store.
Other Hidden Gems this week: